This economist studying International Trade Law and Treaty Negotiation at the University of Aberdeen, Scotland gives us a different take on things. We look at the global economic implications of covid-19 and considerations of political impact and the importance of political leadership in this unprecedented crisis. We note briefly how message overload via social media and political tension can influence multiple narratives surrounding covid-19.

Preparation is key back home especially with a nonagenarian in his family. As an introvert Berisford declares he has a master’s degree in social distancing and lets on some of the tips in staying inside while imploring us to look out for one another.

The figures and scenarios reported within the episodes were based on time of recording as at March 22-23, 2020* 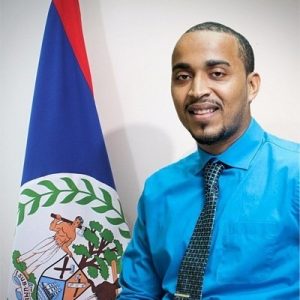 Berisford Codd is a dynamic youth from the country of Belize who has been actively involved in his country’s development from since he was in high school. He has held been involved in several key organizations across Belize’s development sphere such as the Public Service Union of Belize, the Young Men’s Christian Association, and the Social Security Investment Committee. In addition to his exposure across the social and economic development realm in Belize, he also manages his own youth organization, the BK Sports Group – an organization dedicated to grooming Belize’s next generation of student athletes by helping to secure athletic scholarships for college students.

As a 2020 Chevening Scholar, he is currently pursuing a Master of Laws in International Trade Law and Treaty Negotiations at the University of Aberdeen in Scotland. This program should build on his foundation as a graduate of the University of the West Indies Cave Hill Campus with a Bachelor of Science in Economics & Law and position him as one of Belize’s promising policy professionals.

He has been a Trade Economist for the Government of Belize since 2014. This experience has made him acutely aware of the intricacies and challenges in crafting public policies from a developing country perspective and how governments can learn and modify best practices to suit their local circumstances.

For him, life is about planning for the future but living in the moment!